Aitken Spence Travels is attracting the only charter flight operation from the UK to Sri Lanka this season, with 12 flights scheduled to land from 14th November 2017 to 30th April 2018. The charter operated by TUI UK will see a Thomson Airways 300-seat Dreamliner bringing in 3,600 tourists from the UK over the course of five months.

Holidaymakers will be accommodated in 15 beach resorts from Waikkala to Hikkaduwa as well as in several hotels in Cultural Triangle, Kandy and Nuwara Eliya.

The charter operation is expected to generate more than 25,000 room nights to hotels in Sri Lanka during the season, giving a significant boost to the industry’s demand from the UK. As the official ground handler, Aitken Spence will be organizing logistics, transport, accommodation and tours of all the travellers.

The first flight which landed on Tuesday 14th November was warmly welcomed by Aitken Spence Travels at the Bandaranaike International Airport with traditional dancers.

This is the second consecutive year that Aitken Spence Travels has attracted the large charter operation from the UK. Previous to last year, the last charter from the UK market was in 2010. Since then it has taken much effort and dedication to convince the charter operators to resume their flights back to Sri Lanka considering the aggressive competition posed by competing destinations.

Tourist arrivals from the UK has shown steady growth over the last few years, growing by 16 per cent in 2016 to 188,159 while arrivals in 2017 till the month of September stood at 153,971, according to official sources.

“Aitken Spence Travels is the only destination management company in Sri Lanka to handle a charter from the UK. This is due to our longstanding partnership with TUI, a global giant in the tourism industry. A great amount of effort was made over the year to secure the charter for the second consecutive year despite tremendous competition from other destinations. Our commitment, consistency in service and agility displayed during the charter operation last year helped us secure the charter for Sri Lanka this year. Sri Lanka as a tourist destination needs to be promoted more aggressively among the UK public in order to capitalize on the efforts made by industry players”, said Prasanjit Perera, Vice President, Aitken Spence Travels. 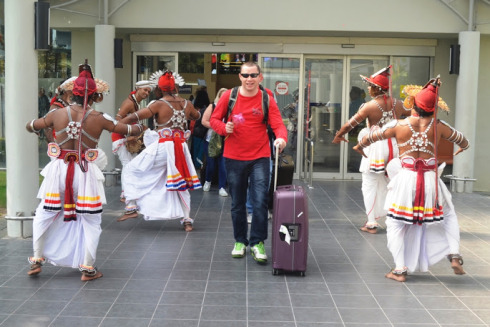 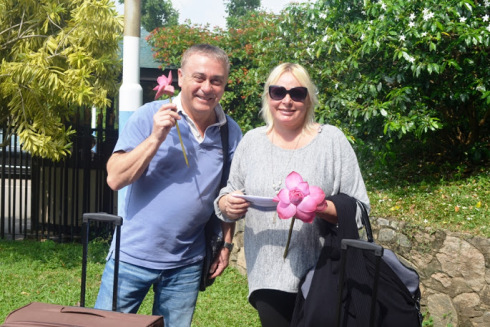 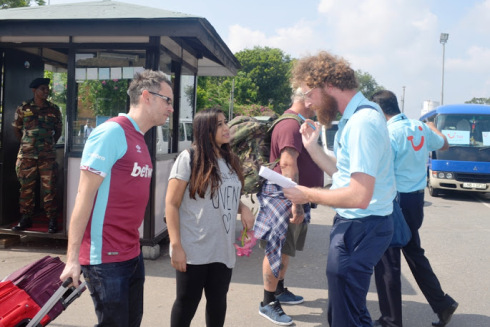 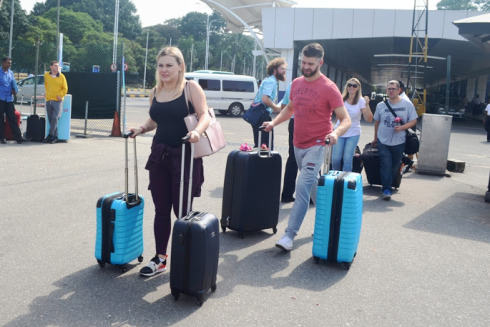